You may remember your mom or dad or someone older in the family reminding you that you should eat blueberries for better health!

Blueberries are known to be rich in phytonutrients. Phyto-nutrients act as an anti-inflammatory and a powerful antioxidant.

Why should You Eat Blueberries for Better Health – Benefits of Blueberries! 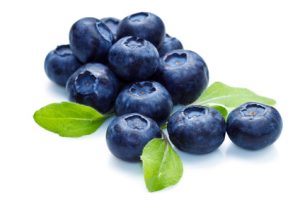 Here is a short list of benefits which you may get if you take enough quantity of blueberries regularly:

Do you know blueberries have a glycemic index of 45?

If you eat 3 servings of blueberries every day, it may help to regulate blood sugar and may help with type I and type II diabetes. Eating low glycemic foods like blueberries may help prevent diabetic emergencies too.

Blueberries for the of Health of Your Heart

Blueberries are extremely rich in a variety of phytonutrients which are known to reduce inflammation and fight with free radicals in the body. These phytonutrients help prevent inflammation of arteries or hardening of the blood vessels. This can help in preventing heart diseases.

Even though scientists are working hard to establish a direct connection in terms of how anti-oxidants prevent cancer, it is believed by many that anti-oxidants in blueberries help prevent a variety of cancers like colon cancer, breast cancer, esophageal and small intestine cancer.

Do you know that just one cup of blueberries contain 3.5 gms of fiber?

Fiber is known to help lower cholesterol and even detoxifies intestines. Due to this process, your body can better digest and absorb key vitamins and nutrients which may get lost otherwise.

In conclusion we believe there are a tremendous number of benefits of taking blueberries. Even though there may be more research done to establish the relationship between blueberries and benefits from it, we decided not to do that research here and decided to share the benefits known to us for ages.

Due to all the benefits shared here, blueberries have reached the status of star superfood!

Virtually all of the above-named phytonutrients function both as antioxidants and as anti-inflammatory compounds in the body, and they are responsible for many of the well-documented health benefits we get from regular consumption of blueberries.

Blueberry support of antioxidant defenses has been especially well documented with respect to the cardiovascular system. It's the many different pathways for cardio support that are so striking in the blueberry research. In repeated studies of blood composition, blueberry intake (usually in the amount of 1-2 cups per day and over the course of 1-3 months) has been shown to improve blood fat balances, including reduction in total cholesterol, raising of HDL cholesterol, and lowering of triglycerides. At the same time, blueberry intake has been shown to help protect the blood components (like LDL cholesterol) from oxygen damage that could lead to eventual clogging of the blood vessels. Protection has also been shown for the cells lining the blood vessel walls. Connected with this antioxidant protection of blood vessel structures and blood fats is an improved overall antioxidant capacity in the blood itself. Interestingly, the ability of blueberries to increase plasma antioxidant capacity seems to continue as blueberry intake goes up above everyday levels. For example, some studies have shown better total antioxidant capacity when 3 or more cups of blueberries were consumed per day as compared to a daily intake of 1-2 cups.

Recent research has added yet another factor to our understanding of blueberries and cardioprotection. That factor involves an enzyme called nitric oxide synthase (NOS). Most studies on NOS have focused on a form of NOS called inducible NOS, or iNOS. Excess formation of iNOS is generally associated with increased risk of inflammation. However, there is a second form of NOS called endogenous NOS, or eNOS. Increased activity of eNOS is usually associated with better balance in cardiovascular function. Recent studies have shown that daily blueberry intake can result in increased eNOS activity, and this result is viewed as helping to explain some of the unique health benefits of blueberries for the cardiovascular system.

1. Get Your Dose of Vitamin C - Blueberries contain tons of vitamin C; one serving gives you almost 25 percent of your daily value. Vitamin C helps collagen formation and also maintains healthy gums as well as a healthy immune system. Blueberries pack 14 milligrams of vitamin C per cup. According to the Journal of Orthomolecular Medicine, vitamin C reduces intraocular pressure, decreasing the potential for developing glaucoma, which refers to various eye conditions that damage the optic nerve — the second most common cause of blindness in the United States.

2. Improve Heart Health - Cardiovascular disease is a major public health concern in the United States. Currently, it is the leading cause of death in both men and women. High blood pressure, high blood sugar, and obesity are some of the common conditions that lead to increased risk of heart disease. A recent study, however, suggests that berries, including strawberries and blueberries, may reduce the risk of heart disease in women, due to their high content of anthocyanins. Anthocyanins are part of a sub-class of flavonoids, which may help to counter the buildup of plaque and improve cardiovascular health. According to the study, women who eat three or more servings a week of blueberries or strawberries may reduce their risk of heart disease.

3. Reduce Cancer Risk - Remember anthocyanins? Not only do they give blueberries their blue color and help improve heart health, but they may also help attack cancer-causing free radicals and possibly even block tumor cells from forming, according to a study from the University of Illinois at Urbana-Champaign, which focused on the effects of blueberries on prostate cancer. While research is ongoing, the scientists found evidence to suggest blueberries are a potential therapeutic agent for early stage prostate cancer or a possible means of prostate cancer prevention.

4. Fight UTI - Urinary tract infections (UTIs) are caused by bacteria that take hold and grow inside the urinary tract, causing an infection. Symptoms don't always present themselves, but can include the strong, persistent urge to urinate, strong-smelling urine, and pelvic pain in women. In fact, UTIs are 10 times more common among women than men, and more than 50 percent of women will have at least one UTI during their lifetime, according to the University of Maryland Medical Center. You've probably heard that cranberries can help fight UTIs — with doctors often recommending either eating the fruit or drinking cranberry juice. That's because cranberries contain compounds that prevent bacteria from sticking to bladder walls. Similarly, blueberries can help ward off UTIs. Like cranberries, blueberries contain substances that inhibit bacteria from binding to bladder tissue. Eating antioxidant-rich foods like blueberries can help reduce symptoms.

5. Boost Brain Health - Scientists at the USDA research center have been studying the bene?cial effects of blueberries on brain function in animal models for over a decade. Through studies with rats, researchers have found that object memory loss, which occurs normally with age, can be prevented and even reversed by feeding blueberries to older rats. And in a study of nine human subjects, led by Robert Krikorian and his team at the University of Cincinnati, researchers found that older adults who were given blueberry juice scored higher on memory tests than those receiving a placebo. This study supports continued research on how blueberries may serve as a preventive method for cognitive decline.

So if you believe in keeping healthy, start taking blueberries daily.

Check out our Podcast focusing on the Superfoods and it’s benefits where Buckwheat is also covered:

Click Here to Check Our Podcast on the Superfoods!

DISCLAIMER: This website is for infotainment purposes only. It is not intended as a substitute for the diagnosis, treatment, and advice of a qualified health professional. This site assumes no responsibility for how this material is used. The statements regarding alternative treatments for any type of health related topics have not been evaluated by the Food and Drug Administration.